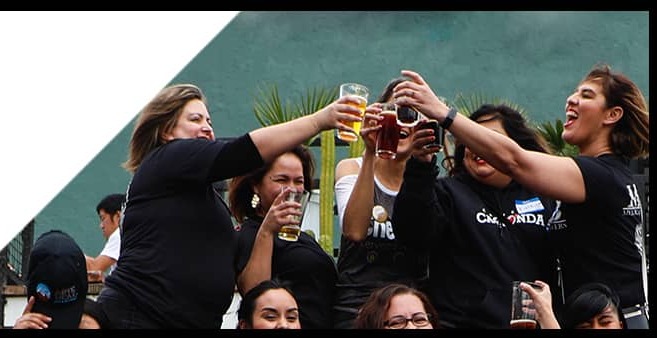 Born from a shared vision to connect women from both sides of the border, this pioneering group crafted the first-ever women’s cross-border collaborationin 2018and joined forces again last month to brew its second collaboration beer. Supported by generous donations from Yakima ChiefHops, yeast from White Labs, and a malt grant from the U.S. Consulate in Tijuana, this year’s beer is a hoppy pale ale. The brew day took place on February 2 at SouthNorte’s brewery in Telefonica Gastropark, downtown Tijuana.

“This project is incredibly empoweringbecause it celebrates the best of what is happening at the border,” says Melody Crisp, VP Marketing, SouthNorte Beer Co. “We had more than 30 women from San Diego and all over Baja—as far away as Mexicali, Tecate and Ensenada—come together to brew this beerin support of women’s education. We were also honoredto have the U.S. Consul General of Tijuana, Sue Saarnio, show her support and join us for the brew day.”