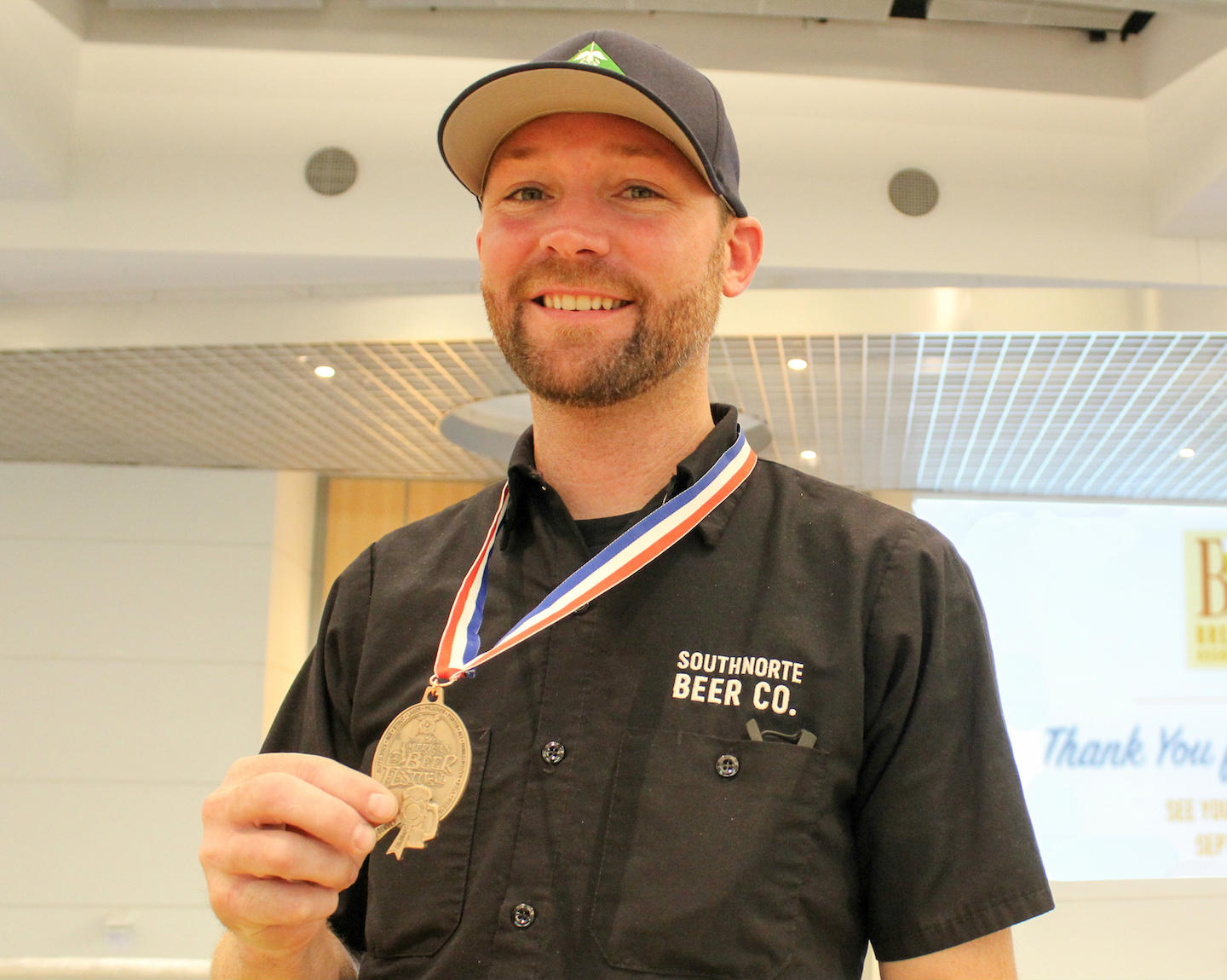 San Diego, CA — SouthNorte Beer Co. received a bronze medal at the 2017 Great American Beer Festival (GABF) competition. Presented by the Brewers Association, GABF is the largest commercial beer competition in the world and recognizes the most outstanding beers produced in the United States. The top three winners in the competition’s 98 beer-style categories were announced Saturday, October 7 at the Great American Beer Festival awards ceremony held at the Colorado Convention Center in Denver, Colorado.

“GABF is the Olympics of beer compeitions, and its such an honor to be awarded a medal,” said Ryan Brooks, Brewmaster, SouthNorte. “It’s a blind competition, judged by industry peers, so this award means a lot to me. It’s been a whirlwind launching a new brewery, and to win a medal at such a prestigious competition is icing on the cake.”

SouthNorte was recognized in the specialty beer-style category for its Agavemente, a refreshing lager brewed with agave for a dry, crisp finish. After fermentation, hibiscus is added to bring out a beautiful, dark pink hue, as well as a distinct fruity, tea-like flavor. “Agavemente is my play on a traditional jamaica agua fresca—it’s refreshing with just a hint of hibiscus complexity. We served it at the festival and it was awesome to see how much people were enjoying this beer,” says Brooks.

SouthNorte is a new brewery located in San Diego, CA that specializes in craft beers inspired by the “crossroads of cultures” – the blend of San Diego’s brewing expertise and the rustic flair of Mexico. SouthNorte is currently distributed exclusively in San Diego with two year-round offerings, Sea Señor Mex Lager and No Güey IPA, available in 12oz six-packs and on draft. The company plans on expanding its packaged offerings in 2018.

The 2017 GABF competition winners were selected by an international panel of 276 expert judges from 7,923 entries, plus 118 Pro-Am entries, received from 2,217 U.S. breweries.

For more GABF competition information, including the 2017 winners list and photos, visit GreatAmericanBeerFestival.com.

About SouthNorte
Established in 2016, SouthNorte was born at the crossroads of cultures, where the blend of energies, wisdom, and talents equal more than the sum of the parts. We are brewers, makers and travelers wanting to see where we can take beer. And where it can take us. We explore the best of what each lado brings to the table. We cross borders and brew locally. We craft with an accent. We are SouthNorte. Inspired by Mexico. Hecho en San Diego. Taste the combinación. For more information, visit SouthNorte.com.